The Art of Creating Books and Movies

The art of creating some of the best books and action movies of all time, is truly something spectacular. As readers / the audience, we are very lucky to get some insight into the magical world of some authors and filmmakers.

In this post, we’re going to take a closer look at how movies and books come to life. We’ll be discussing the main source of inspiration, how the magic happens, and how we end up with the final product.

Shakespeare into Film and Literature 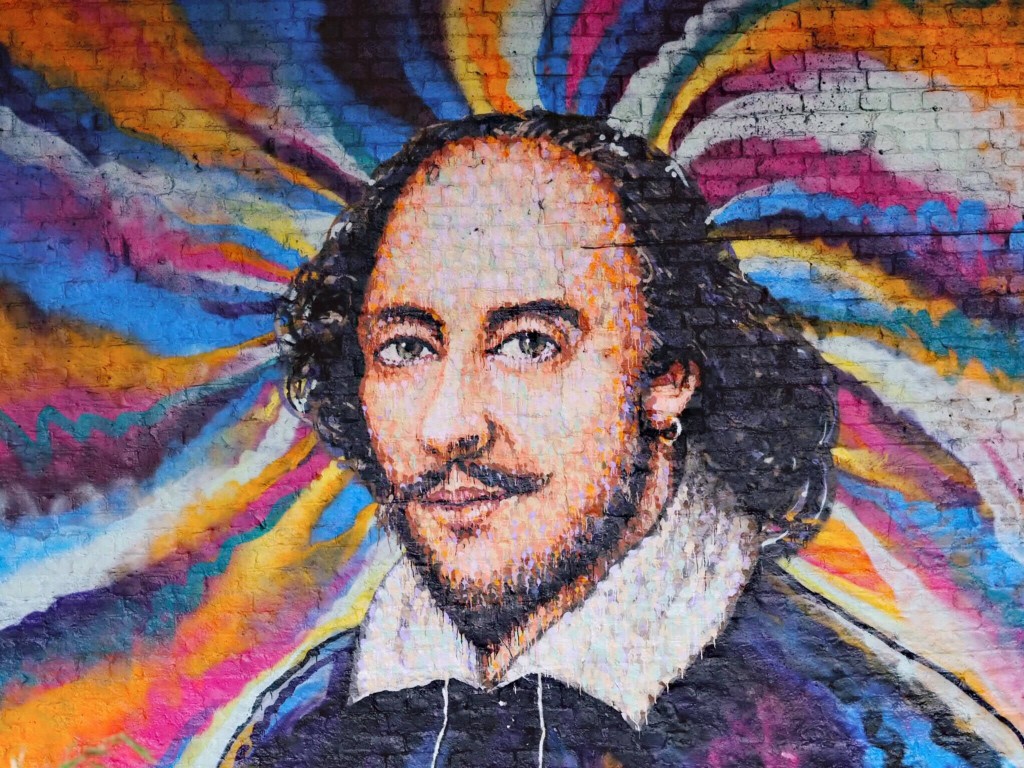 Undoubtedly, William Shakespeare laid out the foundations for anything related to the world of English literature. Even though his plays, poems and other writings are ancient, they are still very valid in today’s world. For starters, Shakespeare’s works have a huge impact on the education system, with students from all over the world studying his short drama scripts and poems. Although not every student is able to appreciate the genius behind these marvelous works of art due to the fact that they are linked to examinations, no one can deny the beautiful craftsmanship of Shakespeare’s writings.

The reason as to why all of his works have withstood the test of time is because people can easily relate to them. If we look at some of his most famous tragedies such as Macbeth, Romeo and Juliet and King Lear, he discusses themes such as jealousy, ambition, anger, love, death etc. Similarly, his comedy play scripts strike a chord with audiences because they entertain people. Take A Midsummer Night’s Dream for example. The comedy, obstacles and what was to follow in the rest of the play revolve around the major sub-plots of the marriage of Theseus and Hippolyta. Once again, verses from the play such as “The course of true love never did run smooth,” resonate with the readers because they are highly relatable. Whilst we may not experience switches, mismatches and other mishaps, love in today’s world still has its own trials and tribulations. Therefore, Lysander’s words mirror an important theme in the play, that is everyone will do strange things for love, but in the end, it triumphs in long-lasting happiness.

Shakespeare’s works have set the bar so high, that many theatre companies and movie makers were interested in making their own mark on his writings. Take London’s prestigious globe theatre. Besides the hosting of tours at the museum, the globe hosts multiple performances of some of Shakespeare’s most loved plays. Similarly, other places in the UK such as Stratford-upon-Avon, put up multiple plays every year. Considering this is Shakespeare’s birthplace, it attracts more tourists and even locals who are interested in reliving his writings into theatre performances or short films.

The movie business has also profited greatly from creating movies from his works. Although this might not have been everybody’s cup of tea, the 1996 production of Romeo and Juliet, definitely had an interesting perspective on things. Think of this as an old meets new film, as the traditional elements are removed, to create a more contemporary version. The Montagues and Capulets are represented by two rival gangs, the previous courtyards are replaced by Verona Beach, and this time round, we have elements like revolvers instead of daggers. Although the filmmakers spun their own take on it, they remained faithful to the original source by incorporating elements that would still allow the audience to make connections to the traditional version

Shakespeare in Love is also a wonderful production. We see a young William Shakespeare, struggling to write a new play. He is in search of his muse, until he finally meets Viola De Lesseps, who turned his world upside down. Little did she know that she was the inspiration behind one of his most famous plays. Viola is passionate about the theatre and would love to star in his production of the play but was forbidden from doing so since only male actors were allowed to take part. However, she comes up with the brilliant idea to dress up as a man and goes by the name Thomas Kent. Not only did she get the part, but also starts a love affair with Shakespeare. However, they know this can’t end well as Shakespeare is already married, and Viola is promised to the Lord of Wessex. Nevertheless, their love is transferred on pen and paper, and sought to become one of Shakespeare’s greatest tragedies/love stories of all time: Romeo and Juliet.

We think the creators did a fantastic job with this production, to bring some of Shakespeare’s themes and best loved characters to life.

The Magical World of Harry Potter 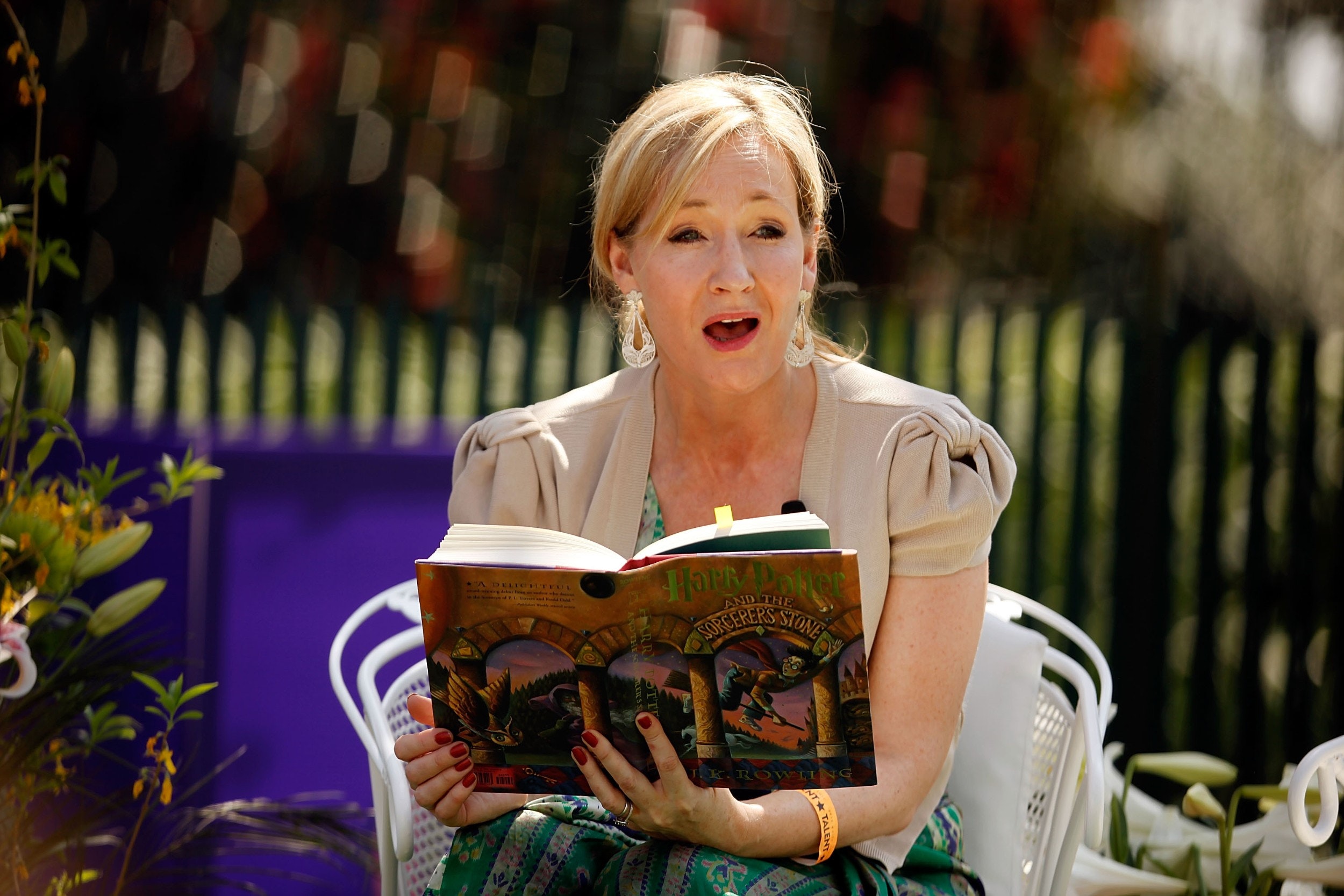 Little did J.K. Rowling know that her fantasy world would land her a fantastic book deal that would later be made some of the best movies of our time. To this day, the magical world of Harry Potter has generated so much excitement between fans.

Can you believe it all started with a train journey? That’s right! J.K. Rowling was first inspired to create her fantasy world, whilst she on a train journey from Manchester to London King’s Cross in 1990. She states that the idea “simply fell into my head”. At the time, she didn’t even have a pen in her bag, so she imagined the story in her head until she finally got home and started writing it straight away.

Throughout the next five years, she planned out the whole seven books of the series. What’s extremely impressive is that she mostly wrote in longhand, amongst mountains and mountains of notes on paper scraps. Looking back at the year 1990, Rowling had many snippets written about Harry and his life and Hogwarts but wasn’t completely done with the series due to her mother’s death on 30th December 1990. This took its toll on the author’s life, however, it served as a source of inspiration for her realistic and complex feelings about how Harry deals with his parents’ death.

Following a series of obstacles, including several publishers turning her story down, Bloomsbury published the first Harry Potter book in the series in 1996: Harry Potter and the Philosopher’s Stone. Rowling has often said that she could have never predicted that her magical series would garner such a huge audience, let alone still enjoy the success it enjoys nowadays. Since the first publication, six books were published up until July 2007, and eight films hit the big screen.

So why is Rowling’s story so popular to this day? Years have passed since the final release of the books and films, but yet it continues to generate emotions of happiness and excitement. The truth is that Rowling’s word isn’t about spells, charms and magic. It’s much more than that. Audiences relate to it because once again, the author touches on very relatable themes.

For starters, the fight between good and evil is prevalent throughout the entire series. The ongoing battles between Hogwarts and the dark world that Voldemort carried along with him, is much more than battle. As Dumbledore rightly puts it in the second installment of the story, Harry Potter and the Chamber of Secrets: “It is our choices, Harry, that show what we truly are, far more than our abilities.”

Love is also an important element in the story. From the get-go, we see what a difference Lily Potter’s sacrifice made to protect Harry. Additionally, some of the story’s best loved lines such as: “Happiness can be found, even in the darkest of times, if one only remembers to turn on the light”, encourage audiences and readers that whilst times may be tough, hope and happiness serve as those little flickers of light in our lives.

Years have passed since that last final installment of the book and the film. However, fans of this magical world look forward to more content from Rowling. Whilst there might never be another book signing or premiere to look forward to, the wizarding world is currently exploring life before Harry Potter, as we journey along Newton Scamander in the installments of Fantastic Beasts and Where to Find Them.

Rowling has been releasing further content that has never reached either the final copy of the book or the film on Pottermore. Considering the interest, Rowling thought it would be a good idea for readers to get more insight into the characters, Hogwarts and other back stories.

Recently, the platform also garnered a much bigger readership since celebrities such as Daniel Radcliffe, Eddie Redmayne and Stephen Fry, are hosting videos of themselves, reading the first book in the series. Not only does this encourage more people to follow Harry’s story, but it also creates more interactions between the readers and the wizarding world.

Harry’s story also succeeded in hitting London’s West End Theatres, Broadway and also other parts of the world. Along with her additional writings, Rowling also wrote the play Harry Potter and the Cursed Child, with fellow authors, Jack Thorne, and John Tiffany. We won’t be spilling any secrets, but it’s definitely a much watch for all those who have loved Harry’s world from the start.

Whilst there are plenty of films which have garnered the same success that Shakespeare’s works and J.K.Rowling’s books have enjoyed, what we get out of this people relate to storytelling and filmmaking.

In this case, the authors successfully created and painted pictures of different worlds that shaped different generations. On the one hand, we envision a world from a medieval standpoint, and on the other, we have a fictional world of witches and wizards. Nevertheless, there is one common theme between the two worlds; people are able to relate to all the emotions and life situations that are presented. That’s the true art of books and movies.